However tentacles in Japanese erotica dates back to before those laws were ever made. In the famous painting “The Dream of the Fisherman’s Wife” a woman is being sexually pleased by two octopuses. The painting itself is part of the japanese art of erotica called Shunga and the painting dates back to 1814.

What is so hot about tentacles? 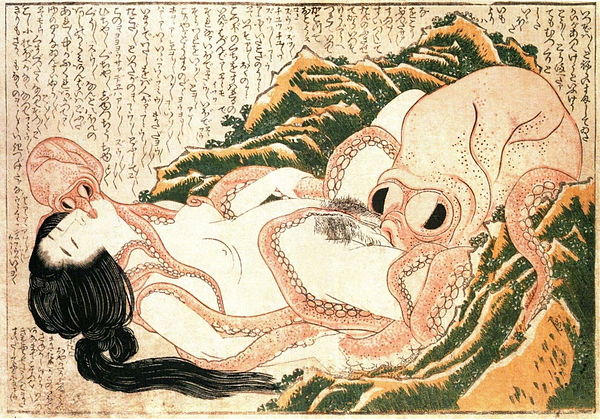 Then there’s the bondage aspect. This can often go into the more non-consensual side of things, but the women aren’t always unwilling. Bondage wise, tentacles are able to hold the woman up, move her into different positions easily and restrain her limbs. People are into bondage, so it’s not hard to replace rope with soft tentacles instead.

There is also the beastiality aspect. Beastiality isn’t for everyone, but there is something about the taboo that draws us in. Is it morbid curiosity? Is it simply the feeling of knowing it’s something wrong and you feel naughty? Or is it another part of the domination aspect?